On the occasion of the UN International Day in Support of Victims of Torture, TPO Cambodia initiated a campaign to honor torture survivors of the Khmer Rouge Regime and their community members. The campaign led TPO staff at the TPO Headquarters included beneficiaries comprised of 70 people in Kampong Thom, Kampong Chhnang, and Kandal as well as at our Testimonial Therapy ceremony on 24 June. The ceremony was attended by approximately 180 community members who are survivors of torture under the Khmer Rouge regime, as well as their family members, neighbors, students, local authorities, and religious leaders.

The main themes of these events were “We Care and Support the Mental Health of Survivors of Torture during the Khmer Rouge Regime,” and “We Stand Together to Prevent Torture from Happening Again.” You can see a video slide show about the campaign activities in our Facebook page and website.

This activities were organized under the “Healing and Reconciliation for Survivors of Torture during the Khmer Rouge Regime Project” and were supported by USAID. The USAID support was made possible through the generosity of the American People.

Beside our campaign we have spread the messages and campaign material about this day from our partners on TPO’s Facebook page at https://www.facebook.com/tpocambodia/ which is followed by more than 6000 people. 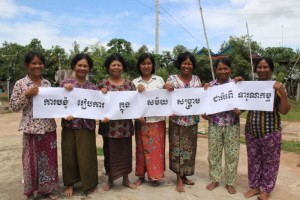 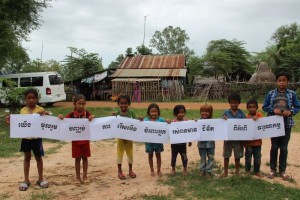 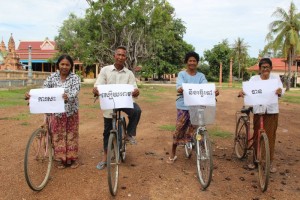 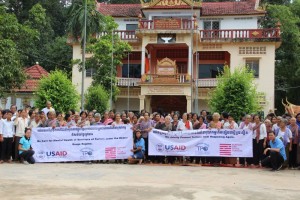 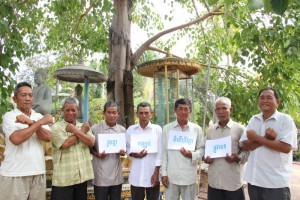 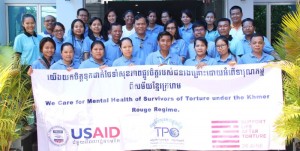