Dear friends, With a new year upon us, I would like to thank you wholeheartedly for your ongoing support of TPO and wish you the very best for a successful, fulfilling and healthy 2014.

TPO’s mission to improve the well-being of Cambodian people with mental health problems is inevitably a long and challenging undertaking, one that requires commitment and ongoing support over many years. Thanks to your support, we feel that we have been able to make a difference for many people with mental health issues in Cambodia throughout 2013. This newsletter offers you a brief overview of our achievements over the past year, as well as a sneak peek of our plans for 2014. More detailed information will be available early 2014 in our annual report, via our website www.tpocambodia.org , our Facebook page www.facebook.com/tpocambodia and updates like this one.

“Thanks to your support, we feel that we have been able to make a difference for many people with mental health issues in Cambodia throughout 2013.” 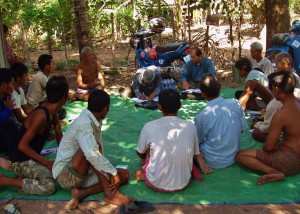 In 2013, TPO continued its work bringing Justice and Relief for the Survivors of the Khmer Rouge to support witnesses and civil parties participating in the Extraordinary Chambers in the Courts of Cambodia (ECCC), also known as the ‘Khmer Rouge Tribunal’. This project, which also aims to raise awareness of mental health issues with the general population, has so far been funded by GIZ (Deutsche Gesellschaft für Internationale Zusammenarbeit), AusAid( Australian Agency for International Development), the Swiss War Trauma Foundation, and the United Nations Voluntary Trust Fund for Victims of Torture. Working in close cooperation with the Witness and Expert Support Unit (WESU) and the Victims Support Section (VSS) of the ECCC, TPO’s mental health experts again provided a variety of psychological services over the past year.

472 Case 002 Civil Parties and 32 Witnesses received on-site psychological support before, during and after the trial.

Additional psychological support was provided through TPO’s wellestablished telephone counseling, with a total of 433 sessions.

TPO organized and supported various outreach activities to inform the Cambodian public about the impact of the Khmer Rouge regime and the legacy of the Tribunal. TPO also continued its partnership with the Victims Support Section (VSS) of the ECCC and the Cambodian Defenders Project (CDP) in implementing our project to Promote Gender Equality and Improve Access to Justice for Female Survivors and Victims of Gender-Based Violence (GBV) under the Khmer Rouge Regime funded by the United Nations Trust Fund to End Violence Against Women. We aim to ensure that women, in particular GBV survivors, can fully exercise their rights to truth, justice and reparations, inherent in transitional justice. In 2013, TPO

conducted 6 well-attended community ‘Forum Theatre’ sessions aimed at raising awareness about the impact of GBV on victims, possible actions to prevent GBV, and assistance for victims. More information on this project can also be found on the Information Platform on Gender-Based Violence (GBV) during the Khmer Rouge Regime at www.gbvkr.org. In 2013, and in partnership with LICADHO (Cambodian League for the Promotion and Defense of Human Rights), our efforts to Prevent Torture and Improve Prison Conditions in Cambodia continued unabated thanks to funding by the European Instrument for Democracy and Human Rights (EIDHR). This project, approved by the General Department of Prisons in Cambodia, aims to improve the conditions for inmates in Cambodia’s prisons, particularly for survivors of torture, and ensure their rights are respected. It supports prisoners with legal, medical and mental health services. Some details: 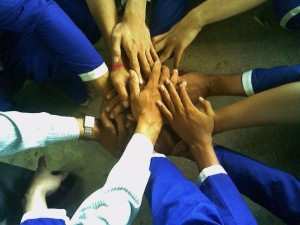 Prisoners learning to support each other with the help of TPO

46 men and women participated in self-help groups providing each other with mutual support and gain coping skills.

7 radio shows were broadcast through MEDICAM informing the public about mental health conditions resulting from imprisonment. The year 2013 also saw the conclusion of TPO’s project to provide Support to Mental Health Systems in the provinces of Kampong Thom, Kampong Cham and Pursat, funded by the Belgian university NGO Louvain Coopération (LC). Some of the outcomes:

Established a mental health service in a newly renovated room at the Prasath health center and trained staff in basic counseling skills.

Held a Continued Medical Education (CME) workshop on Mood Disorders and Understanding Psychiatric Conditions in the Elderly for psychiatrists and psychologists at TPO’s office in Phnom Penh.

Conducted research on the ‘Added value of a non-medical approach in the integrated (mental) health structures of Cambodia’. In 2014, TPO and LC will further cooperate in Kampong Cham province.Prisoners learning to support each other with the help of TPO

“Our teams in SIEM REAP, KAMPONG THOM and BATTAMBANG continued their mission.” 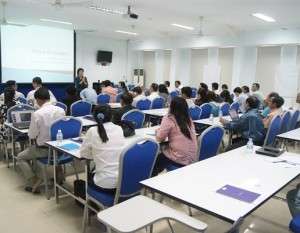 Throughout the year, TPO’s Treatment Center in Phnom Penh continued to provide psychiatric and psychosocial multi-disciplinary support services to people with mental health problems. The clinic again treated a steady number of patients – almost 5000 consultations took place in 2013. Most commonly diagnosed were mood disorders, followed by psychotic disorders and anxiety disorders (amongst others). The Treatment Center is self-funded by the TPO Trust Fund, but has kindly received some grants from the Center for Victims of Torture (CVT), DIGNITY (Danish Institute Against Torture), GIZ (Deutsche Gesellschaft für Internationale Zusammenarbeit), AusAid (Australian Agency for International Development), and the Swiss War Trauma Foundation to assist with the treatment of specific groups of patients only (for example, victims of torture, victims of trafficking etc).

Despite these achievements, the imbalance in Cambodia between the need for and the availability of mental health services such as those offered by TPO, remains overwhelming, so our work must continue. While we further strive to offer, expand and improve our services to as many people as possible who need it and strengthen TPO as a center of excellence in the field of Mental Health Care, we are thrilled to announce that we will also embark on 3 new and exciting projects in 2014: Promoting healing and reconciliation in Cambodia through Moral and Collective Reparations Donor: German Ministry for Economic Cooperation and Development (BMZ) Goal: improve the psychosocial well-being of Civil Parties in Case 002 of the Extraordinary Chambers in the Courts of Cambodia (ECCC) and foster truth telling and memorialization in rural Cambodian communities. The interventions under this project are submitted to the Trial Chamber to be acknowledged as reparations under the ECCC’s reparation mandate. USAID | TPO Truth, Reconciliation and Healing – Towards a Shared Future Donor: USAID and the people of America Partner: Youth for Peace Cambodia (YFP) Goal: generating healthier relationships and increasing social resilience, this project complements the ongoing transitional justice (TJ) process at the ECCC at the national level, by providing comprehensive restorative justice at the grass-roots level. Strengthening Local Mental Health Systems in Cambodia Donor: Louvain Coopération Goal: improve the quality and accessibility of mental health care for the Cambodian people by strengthening the collaboration between mental health services at the hospital level and community level. In this project TPO and LC expand the model from their 2011-2013 project to Kampong Cham province.